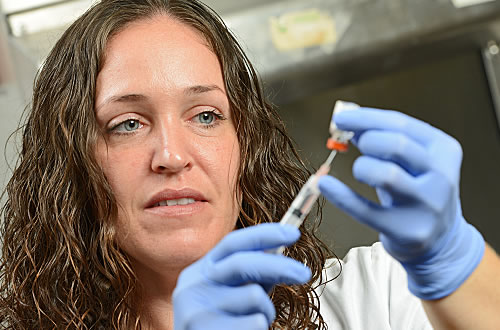 Cancer is a term used for diseases in which abnormal cells divide without control and are able to invade other tissues. Cancer cells can spread to other parts of the body through the blood and lymph systems.

Cancer is not just one disease but many diseases. There are more than 100 different types of cancer. Most cancers are named for the organ or type of cell in which they start – for example, cancer that begins in the colon is called colon cancer; cancer that begins in basal cells of the skin is called basal cell carcinoma. Cancer types can be grouped into broader categories. The main categories of cancer include:

All cancers begin in cells, the body’s basic unit of life. To understand cancer, it’s helpful to know what happens when normal cells become cancer cells.

The body is made up of many types of cells. These cells grow and divide in a controlled way to produce more cells as they are needed to keep the body healthy. When cells become old or damaged, they die and are replaced with new cells.
However, sometimes this orderly process goes wrong. The genetic material (DNA) of a cell can become damaged or changed, producing mutations that affect normal cell growth and division. When this happens, cells do not die when they should and new cells form when the body does not need them. The extra cells may form a mass of tissue called a tumor.

Not all tumors are cancerous; tumors can be benign or malignant.

Benign tumors are not cancerous. They can often be removed, and, in most cases, they do not come back. Cells in benign tumors do not spread to other parts of the body.
Malignant tumors are cancerous. Cells in these tumors can invade nearby tissues and spread to other parts of the body. The spread of cancer from one part of the body to another is called metastasis. Some cancers do not form tumors. For example, leukemia is a cancer of the bone marrow and blood.

Some cancers do not form tumors. For example, leukemia is a cancer of the bone marrow and blood.

Breast Cancer
Cancer that forms in tissues of the breast, usually the ducts (tubes that carry milk to the nipple) and lobules (glands that make milk). It occurs in both men and women, although male breast cancer is rare.

Endometrial Cancer
Cancer that forms in the tissue lining of the uterus (the small, hollow, pear-shaped organ in a woman’s pelvis in which a fetus develops). Most endometrial cancers are adenocarcinomas (cancers that begin in cells that make and release mucus and other fluids).

Leukemia
Cancer that starts in blood-forming tissue such as the bone marrow and causes large numbers of blood cells to be produced and enter the bloodstream.

Melanoma
A form of cancer that begins in melanocytes (cells that make the pigment melanin). It may begin in a mole (skin melanoma), but can also begin in other pigmented tissues, such as in the eye or in the intestines.

Pancreatic Cancer
A disease in which malignant (cancer) cells are found in the tissues of the pancreas. Also called exocrine cancer.

Prostate Cancer
Cancer that forms in tissues of the prostate (a gland in the male reproductive system found below the bladder and in front of the rectum). Prostate cancer usually occurs in older men.

Thyroid Cancer
Cancer that forms in the thyroid gland (an organ at the base of the throat that makes hormones that help control heart rate, blood pressure, body temperature, and weight). Four main types of thyroid cancer are papillary, follicular, medullary, and anaplastic thyroid cancer. The four types are based on how the cancer cells look under a microscope.